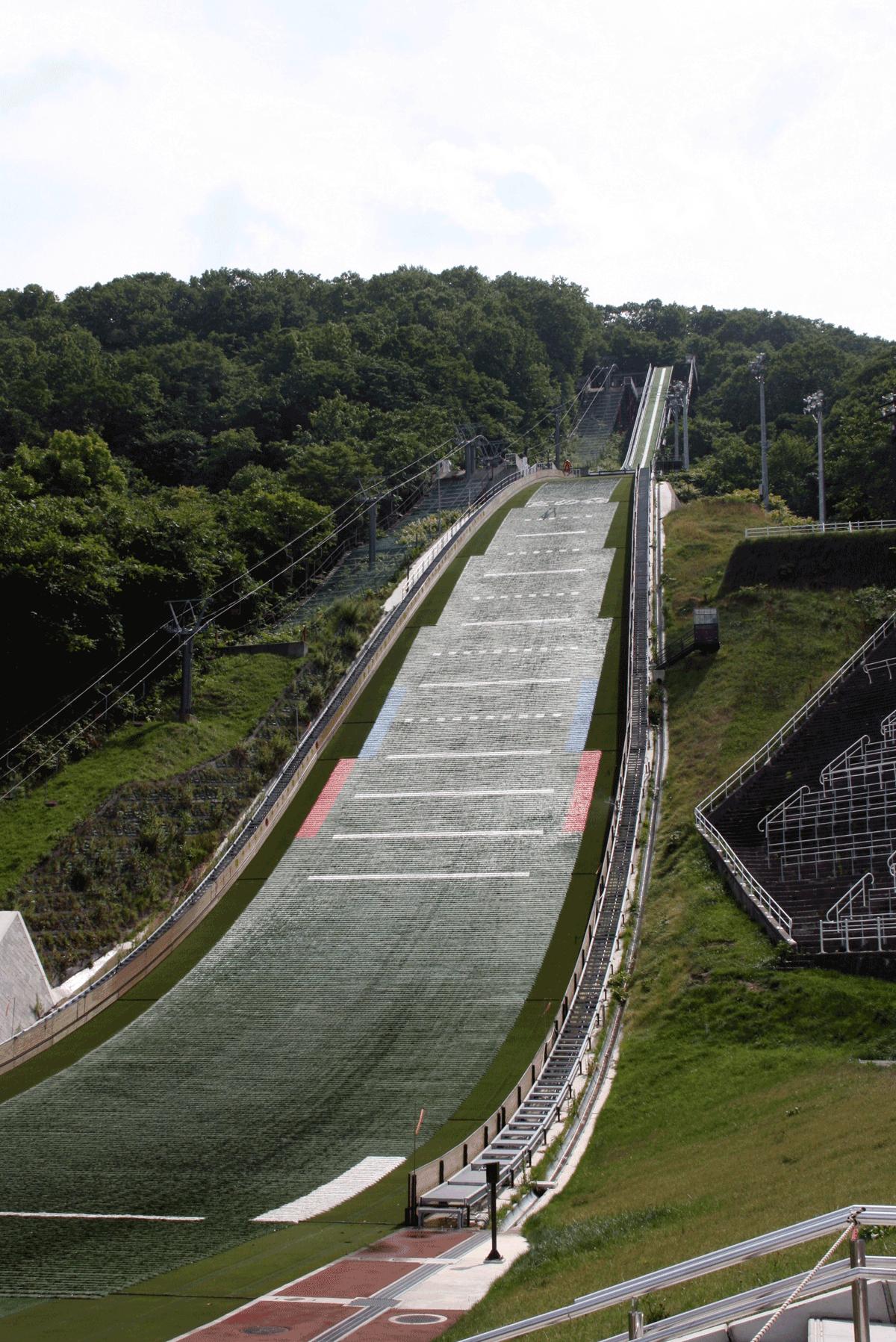 The Miyanomori Ski Jump was originally built in 1969 in preparation of the 1972 Winter Olympics, specifically for the Normal hill and Nordic events, in conjunction with the Okurayama Ski Jump Stadium. This jump has a particularly important place in the memory of Japanese winter sports fans, because the first medals won by Japan at the Olympic level were won here in 1972, when Yukio Kasaya, Akitsugu Konno and Seiji Aochi won gold, silver and bronze respectively in the Normal Hill event. This was the first time a non-European country had managed a clean sweep in any Winter Olympic event.
Originally the jump was a 70 meter but was later refurbished to be 90 meters. The official record of 102.5 meters was established by Polish jumper Adam Małysz in 2007. The female record of 99.5 meters belongs to German jumper Ulrike Grässler and was set in 2009. Today the stadium is used as a venue for competitions of both domestic and international ski jumping, and thanks to its advanced artificial turf as a year-round jumping practice ground. It’s also a very popular sightseeing spot in summer, with panoramic views of Sapporo city.

Miyanomori Ski Jump Stadium is just a 15 minute drive from Sapporo’s downtown. Head towards Maruyama Park, then follow the map link below up the side roads to the peak. By public transit take the Sapporo Subway Tozai line (orange line) from Odori Station to Maruyama Koen Station, then JR Bus number Maru 14 from the Maruyama Bus Terminal to the Miyanomori Schanze Bus stop. From there the stadium is about a 10 minute walk.